Sulfur dioxide (SO2) is a sharply smelling, colorless gas that is the major constituent of the Sulfur oxides group of gases (SOx). SO2 has adverse health effects, mainly affecting the respiratory system, but also cause cardiac problems.

SO2 has both natural and anthropogenic sources, where the most common anthropogenic source is burning of fossil fuels containing sulfur. It can travel very far and should be considered an international problem since it easily spreads between over national borders. 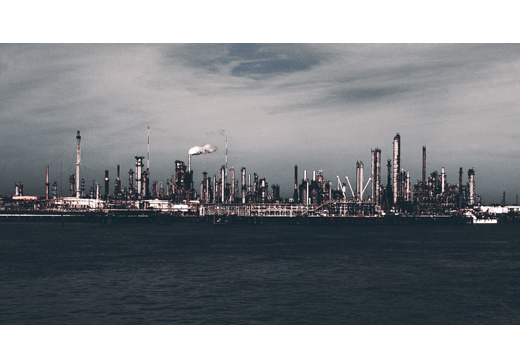 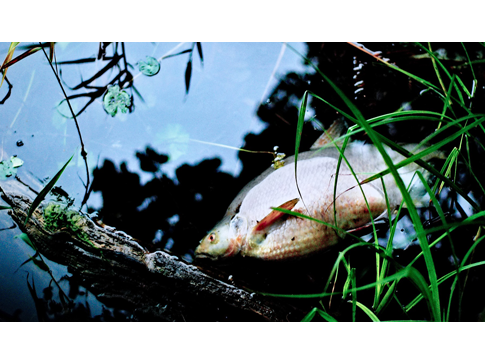 Why is SO2 a problem?

Exposure to SO2 is harmful to the human respiratory system, cause breathing difficulties and is especially harmful to elderly, children and people suffering from asthma. SO2 and SOx can also react with other substances in the air to form harmful small particles (PM2.5/PM10) and has thus been shown to increase rates of heart attacks and strokes.

When SO2 reacts with moisture in the air it forms so called acid rain that causes acidification of soils and freshwater systems. This acidification is a large problem in aquatic systems, both for plants and animals. Acidification also causes leakage of metals in the ground that in turn has harmful effects on many biological processes.

Because SO2 can travel very far in the atmosphere emissions in one country can easily spread to another.

In Europe and North America emissions of SO2 have decreased greatly during the last decades (see graph to the right). Between 1990 and 2013 SO2 emissions in the EU was reduced with 91% (REF) which has led to that the sulfur deposition over Sweden is 80% lower today than in 1990. It is estimated that only 10-20% of the current total sulfur deposition over Sweden comes from Swedish sources, the remainder is a combination of foreign sources and international shipping.

As can also be seen in the graph to the right, emissions of SO2 in Asia and Africa have not decreased as in Europe and North America. 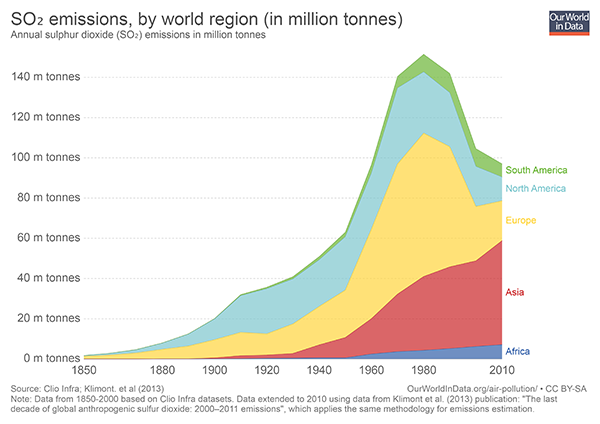